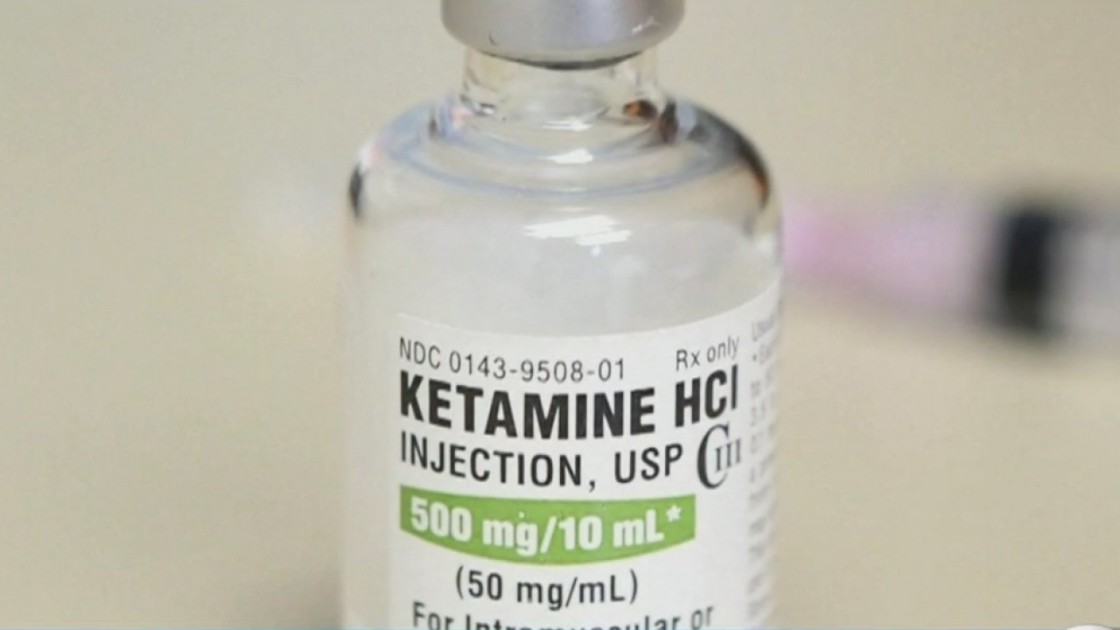 In the popular imagination, depression may feel unbearable, but it’s often fleeting. All it takes is a quick visit to a therapist or psychiatrist, a magic pill, and a few therapy sessions. The majority of depression patients, however, report significant side effects. These side effects are often severe enough to cause a person to stop taking the drug. For about a quarter of depression patients, symptoms don’t improve at all. That leaves millions of Americans without adequate treatment for their depression.

For years, anecdotal data and preliminary research have suggested that ketamine might act as a rapid depression cure. Thanks to more advanced recent clinical trials, we now know this to be the case. And now, ketamine could soon enter the market, helping millions of people who have either treatment-resistant depression or who cannot tolerate the side effects of traditional SSRIs.

The U.S. Food and Drug Administration (FDA) this week approved a new treatment developed by Janssen Pharmaceuticals, Inc. Esketamine will be marketed under the brand name Spravato as a nasal spray. This ketamine-based treatment has shown significant benefits in clinical trials, though researchers still do not understand how it works.

Ketamine for Depression: What the Research Says

Ketamine is an anesthetic often used in veterinary practice. It has also been abused as a club drug. When the drug is used appropriately and under close observation in a psychiatric setting, it can alleviate depression. Clinical trials on the new version of the drug, a nasal spray, point to similar results.

The new drug, esketamine, is a close chemical cousin of ketamine. Available as a nasal spray, the FDA has approved it for use in a doctor’s office. A patient takes the dose at a clinic, where they are then monitored for two hours. Depending on the severity of the depression, patients then receive doses once or twice weekly.

The Rochester Center for Behavioral Medicine was one of the sites in the national trial, which found that Spravato lowered depression scores on a depression inventory by an average of 21 points, compared to 17 points for a placebo. Another found that just a quarter of Spravato users relapsed, compared to 45 percent of people who received a placebo.

Preliminary research suggests that ketamine may be especially effective at eliminating suicidal thoughts and feelings, which are the most dangerous component of depression.

How Does Ketamine Work?

Esketamine is a glutamate receptor modulator, thought to help restore deficits in the brain cells of people affected by major depression. The precise mechanisms through which this drug works will be the subject of further research.

One of the most common side effects of ketamine use is hallucinations. Some doctors believe these hallucinations may actually play a key role in the drug’s efficacy. Some users report out of body experiences, or profound spiritual realizations that change their perspectives on life. It could be that these experiences alter a person’s way of thinking, or even act as a sort of brain reset.

It’s also unclear whether any of the branded forms of ketamine are more effective than the original anesthetic. Early research primarily used the anesthetic, but newer studies use branded forms, including the recently approved nasal spray. Both versions appear to work.

Ketamine’s manufacturers say its cost will be consistent with that of other mental health specialty drugs—probably between $500 to $800 per dose, which is a figure that does not take into account pre-negotiated insurance discounts or patient copays. It’s not yet clear how much a typical patient can expect to pay. When compared to the typical costs of life with depression—lost productivity, potentially years of therapy or failed antidepressants—a few hundred dollars could actually be a bargain.

Do We Really Need Another Antidepressant?

To those not well-versed in the world of psychiatric care, it might seem like antidepressants are overused, too readily available, and the cause of far too many unpleasant side effects. The data suggest otherwise. While antidepressants can and do save lives, many patients with depression don’t get better. Others have to try multiple drugs or drug cocktails before they get relief.

The U.S. is experiencing a suicide epidemic. Suicide claimed 45,000 lives in 2016 alone. In more than half of U.S. states, suicide has increased by 30 percent or more over the last two decades. Many people with depression don’t seek help because they don’t believe it is available. Others turn to the mental health system only to be let down, further propelling them into despair.

Spravato offers real hope to suffering people. What’s more, future treatments may be on the horizon. Preliminary data suggests that ketamine may also offer rapid relief of PTSD symptoms. As research continues, we may get closer not only to unraveling depression, but also better understanding the roots of psychological suffering.