Who says eating low carb breakfasts have to be bland, boring or strictly savory? These fluffy low carb chocolate chip pancakes are your answer!

I’ve made fluffy low carb pancakes before, but I wanted to merge them with another favorite of mine, the original flourless pancakes.

Both these pancakes have their merits and I wanted a home base for them!

After some experimenting, it became clear that I couldn’t create one specific pancake recipe which could fulfill all dietary lifestyles. As such, I’ve developed and am sharing one pancake, two options.

Regardless of which pancake recipe you choose, they both have some key similarities- 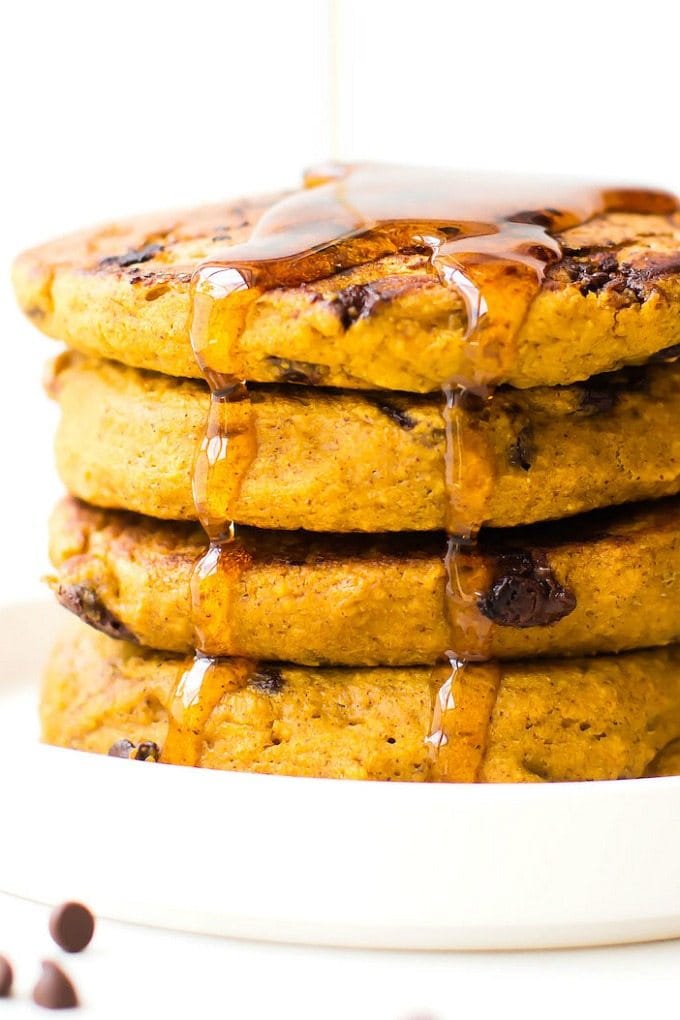 Keto and low carb pancakes tend to use several ingredients which this recipe promises to omit! These keto pancakes are made with NO cream cheese, NO dairy, and NO butter, but you’d never tell. Instead, to make them filling and satisfying, they use a blend of coconut flour and almond flour.

Coconut Flour- Coconut flour is a very low carb, high fiber flour, which is unlike another other flour on the market. It has a mild coconut taste and when combined with any type of moisture (water, milk, eggs etc), it tends to soak it up like a sponge.

Coconut flour CANNOT be replaced with any other flour in a recipe.

Almond Flour- Often referred to as almond meal, almond flour is made of finely ground almonds pulsed to a flour texture. Like coconut flour, almond flour is extremely low carb but is able to mimic a traditional flour much easier. I’ve personally found almond flour can often replace wheat-based flour on a cup to cup ratio.

For these fluffy keto low carb pancakes, both almond flour and coconut flour will be mixed with eggs to yield pillow like pancakes. 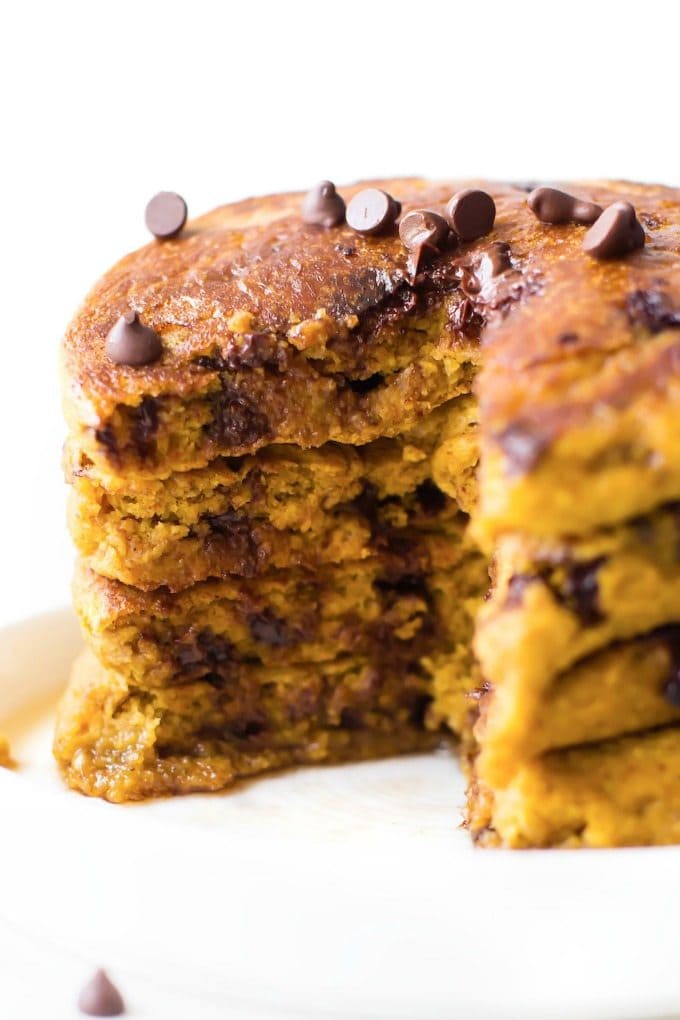 For the fluffy flourless vegan pancake version, you will use a different combination of ingredients to yield thick pancakes.

Rolled Oats or Quinoa Flakes- You can use either gluten-free rolled oats or quinoa flakes. Whichever you choose will be ground to a flour-like consistency.

HOW TO ENSURE THE EGGLESS PANCAKES ARE SUPER FLUFFY

To ensure the eggless pancakes are thick and fluffy, you will need to use apple cider vinegar. This causes a reaction with the other ingredients and once hitting the pan, will yield the best texture.

If you don’t have apple cider vinegar, you can replace this with either lemon juice or lime juice. 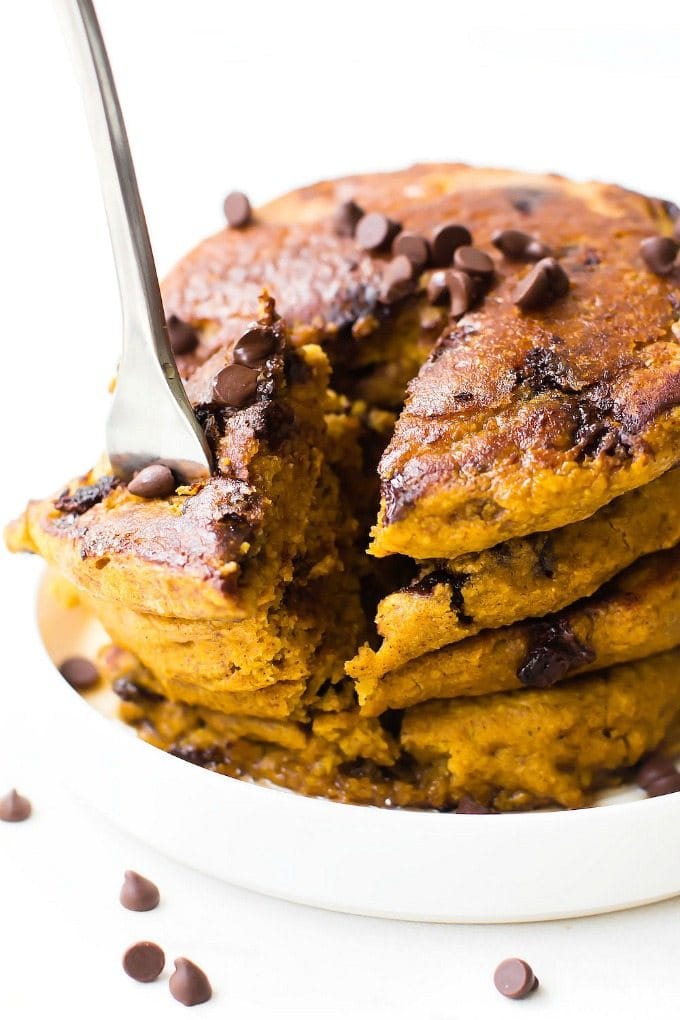 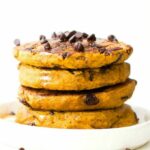 * Depending on how thick or thin the batter is, you may need less/more.

Fluffy Low Carb Keto Pancakes (Paleo, Vegan) can be refrigerated and enjoyed within 3 days. They are freezer friendly and can keep for up to a month. To re-heat, it can either be microwaved or in the pan itself.

© thebigmansworld.com ® All content, recipes, and images are legally protected by copywrite. Please do not use my images or recipes without permission. Please contact Arman if you need further clarification.

This posts contains some affiliate links, which means that I make a small commission off all items you purchase at no additional cost to you.