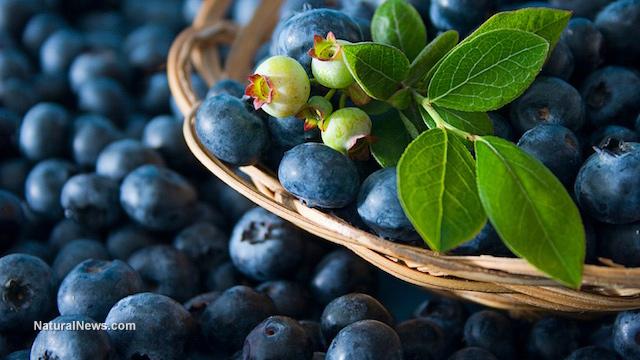 (NaturalNews) Just when you thought that the health benefits of blueberries couldn’t be any more plentiful, new research has found that freezing the superfood actually increases the berry’s nutritional content.

Plumb’s experiment involved observing antioxidant levels in blueberries frozen for one, three and five months. After comparing the antioxidant content of frozen berries to fresh berries, she found no decrease in the nutritional value of the frozen berries.

“The ice crystals that form during freezing disrupt the structure of the plant tissue, making the anthocyanins more available,” Plumb explained.

Anthocyanins are a group of antioxidant compounds that provide various systems in the human body with protection.

Blueberries may be the world’s healthiest food

When it comes to eating healthy foods, “the greener or redder, the better,” added Dalaly.

It’s no coincidence that people associate bright color with nutrition. Anthocyanin, which works wonders in our bodies, is also the colorful pigment that gives many foods their color.

Below are 8 reasons to consume blueberries daily

Blueberries are one of our body’s greatest allies. Their ability to eliminate free radicals protects us from every day exposure to various forms of pollution, including pesticides, sun exposure and heavy metals.

The United States is responsible for the world’s supply of blueberries, growing 84 percent of the superfood in 2012.

Take Action: Support Natural News by linking to this article from your website