Two Women Pick Up Tab For Group Of Police Officers

A group of police officers were shocked after being handed the check from their waitress at an Outback Steakhouse.

Two employees at a Slidell, Louisiana, Outback Steakhouse wanted a group of police officers dining at the restaurant to know just how appreciated they are.

According to WVUE, Arline Wood and Zoe Rao teamed up to show their appreciation for the police officers by paying their bill in full.

“They’re the sweetest guys, I enjoy waiting on them,” Rao said.

“They care about the community, they care about everybody, they’re just great guys, our whole police force is great and these guys at night, I went to Zoe and I said, let’s take care of it,” Wood said.

The two women pitched in to pay the officers’ $67 tab, leaving a note on the receipt that read, “Thank y’all for y’all’s service! Enjoy y’all’s meal on us! – Arline & Zoe”

A photo of the receipt was shared on Facebook by the Slidell Police to thank the servers for their generous actions. The post quickly went viral, being shared more than 1,000 times within the first day.

“I got a phone call early in the morning and I was like what are you talking about?” Wood recalled. “People were calling me and then we saw it on Facebook, then it’s on this one and that one, and we didn’t do it for this publicity, because lord knows I don’t like all this publicity.”

Wood and Rao said that they hope their simple act of kindness will encourage others to show thanks to those who risk their lives on a daily basis in order to keep their communities safe. 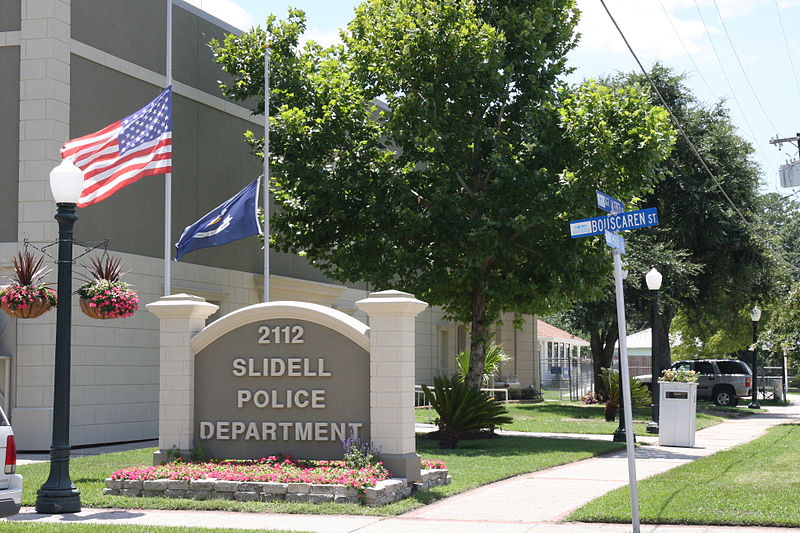 The Slidell Police Department said that the officers left behind a hefty tip to return their appreciation for the employees.

Readers shared their thoughts on the story on the America 1st Facebook page.

“What a nice thing to do,” one reader commented. “Was in Slidell a few years ago and was impressed with how nice people were. Am from Minnesota and was my first time Louisiana”

“More places should follow this example, law enforcement officers risk their lives and do so much for so little pay something like this means the world to them!” another user wrote.

“So amazing!” another reader added. “Thank you Arline & Zoe! You are truly fantastic human beings. And thanks to all Police Officers & first responders [everywhere] for your service”