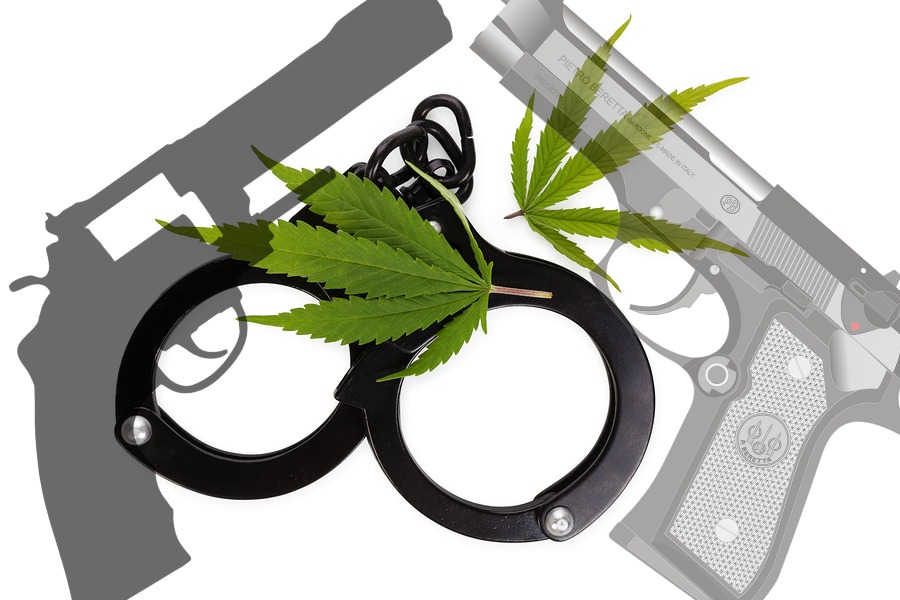 Federal law prohibits marijuana consumers from having firearms despite many states’ legalization or decriminalization of the plant, even for medial use. However, for perhaps the first time ever, a state has compiled a list of firearms owners who are also medical marijuana patients and has ordered them to “voluntarily surrender” their firearms, permits and ammo within 30 days (or otherwise transfer ownership). They were told that their medical marijuana status “disqualifies” them from firearms or ammunition ownership.

The letters, signed by Honolulu Police Chief Susan Ballard, inform patients that they have 30 days upon receipt of the letter to transfer ownership or turn in their firearms and ammunition to the Honolulu Police.

The existence of the notices, first reported early today by Russ Belville at The Marijuana Agenda podcast, was confirmed to Leafly News this afternoon by the Honolulu Police Department.

The letter also says that a medical doctor’s clearance letter is required for any future firearms application or return of firearms from HPD evidence.

Strangely, the chief is arguing the surrender of firearms based on state law, not federal.

The Honolulu Police Department cites state law, not federal law, as the basis for the order. “Under the provisions of the Hawaii Revised Statutes, Section 134-7(a), you are disqualified from firearms ownership,” says the letter.

Curiously, HRS 134-7(a) makes no specific mention of a person’s medical marijuana status. It’s a blanket statement about federal law:

134-7(a) No person who is a fugitive from justice or is a person prohibited from possessing firearms or ammunition under federal law shall own, possess, or control any firearm or ammunition therefor.

Many states do not keep databases on either firearms owners and/or medical marijuana patients. Hawaii keeps an electronic database on both, so law enforcement cross-referenced the lists to find people who fit into both categories.

We hope that each and every medical marijuana patient fights this egregious and outrageous order.

For the federal government to even pretend that medical marijuana use – or recreational use – places gun owners in the same type of violent or drug-addled brain of someone using Bath Salts  – is paleolithic. But, the 9th US Circuit Court of Appeals upheld this federal ban on firearms owners using cannabis. It said that the “hypotheses” that those with “debilitating illnesses, for which marijuana may be an effective palliative” were not sufficient to “overcome Congress’s reasonable conclusion that the use of such drugs raises the risk of irrational or unpredictable behavior with which gun use should not be associated.”

Law enforcement of all people should or would understand the difference in behavior of someone using medical marijuana versus coke, since they are the foot-soldiers of the archaic War on Drugs.

Just when Americans were starting to feel “free enough” to treat their condition with a previously outlawed substance, they are now compelled to break another law and face the same punishments they faced before when they smoked an illicit substance. The War on Drugs will not be truly over until this malformed discrepancy of freedom is reconciled.

Heather Callaghan is a Health Mentor, writer, speaker and energy medicine practitioner. She is the Editor and co-founder of NaturalBlaze as well as a certified Self-Referencing IITM Practitioner.