Sorry Fathers, Research Reveals That Children Inherit Their Intelligence From Their Mothers

You might not want to tell your father this because it will leave him devastated, but science has to do its job and shocked us yet again with a ground-breaking, jaw-dropping finding. Researchers have discovered that we inherit our intelligence exclusively from our mothers, and the reason is pretty obvious. Let me explain the details.

According to Dr. Keith Witt, the feminine X chromosome that children inherit is responsible for their intelligence. A chromosome is a DNA structure that carries many genes. A persons gender is made by the combination of chromosomes. Women carry 2 X chromosomes and men carry 1 X and 1 Y.

This recent finding has sparked a debate in the scientific community. Genetics is a versatile field and a lot a research is being conducted just to disprove another finding. But this is what science is all about. I’m not saying we should process everything that is being presented to us, but we should learn to be flexible to new knowledge.

And for most of us popping popcorn and watching the scientific cat fight, I must say it’s quite entertaining. This study is also very intriguing and will probably provide fuel for further research.

The role of X and Y

I am trying to sound my best like it’s not science 101, but we need to brush over some genetic facts so you can get a grasp of the terms in this article.

Chromosomes are structures of DNA in which the genes are packed. They are the carriers of genetic information.

We all carry two chromosomes in every cell (yes, IN EACH OF THE MILLIONS OF CELLS).

Women have 2 X chromosomes, while men have 1 X and 1 Y chromosome.

You got this far? You’re doing great!

Mothers also play an important role in the non-genetics part of intelligence as well. Some studies suggest that the bond between a mother and child is tied to the development of cognitive abilities.

Researchers at Washington University have found that the bond between a mother and her child is important for the development of special regions of the child’s brain. The study also made incredible findings.

Kids that had a strong emotional bond with their mothers had a larger than average developed hippocampus (by more than 10 percent) by the age of 13, when compared to kids that were emotionally distant from their mothers. The hippocampus is a part of the brain that manages stress, memory and learning.

To sum it up, this study shows how mother’s are the genetic carriers of intelligence. Not only that, but a strong emotional bond with them will cause regions that control memory and learning to better develop in our brains. Thank you moms for everything!

No, Research Has Not Established That You Inherited Your Intelligence From Your Mother

A garbled post from a website called Second Nexus has gone viral in my feeds (and possibly yours), likely because of its eye-catching headline claim that “New Research Establishes That Intelligence Is Inherited From The Mother.” The piece is bylined “Editorial Staff,” presumably because everyone was too embarrassed to put a real name on it.

The premise of the post seems to be that science has traced “intelligence genes” to the X chromosome and that:

children are more likely to inherit intelligence from their mothers because intelligence genes are located on the X chromosomes (and mothers have two). 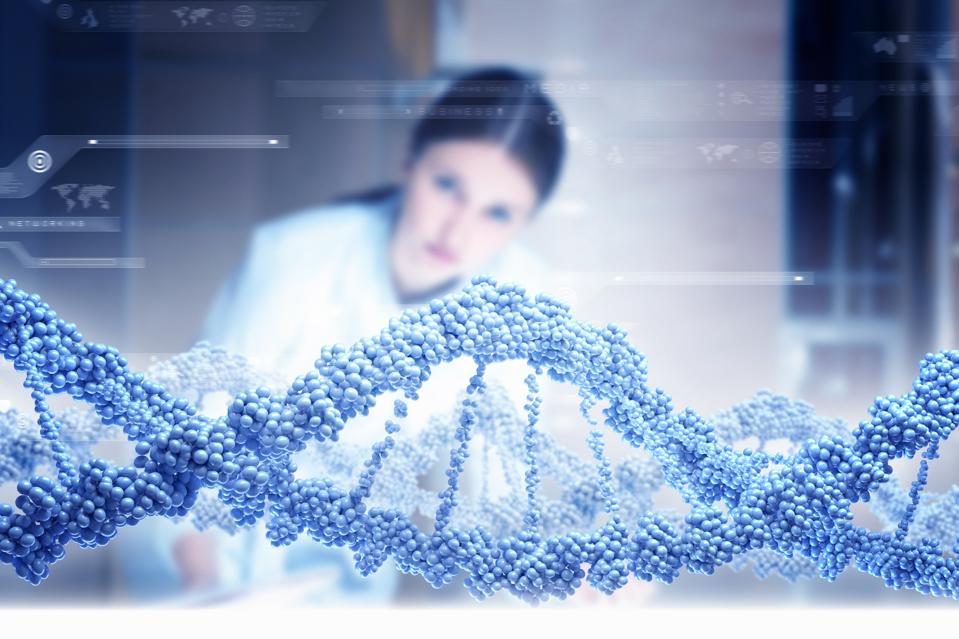 But there’s more. You may know that many people walk around with two of these huge chromosomes whereas others of us seem to function just fine with one. The doubled “gene dosage” for people with two (or more) X chromosomes is adjusted downward in a clever way: each cell turns off most of one X or the other. So inheriting an X-linked gene variant isn’t a guarantee that it will even be used because some cells might just shut it down.

So let’s get this out of the way: Intelligence is complicated. While maybe half of our intelligence as we currently define and measure it is inherited, that proportion is in turn fractured into many many genetic variants scattered across our genomes. These variants operate together in various ways to form what we view as intelligence. And each of those fragments of heredity that contributes is itself subject to a host of environmental factors, both in its immediate molecular world and inputs to the whole organism, that will influence function. And that influence continues after birth as an ongoing mutual interplay of gene variants and environment. It’s layer upon layer upon layer of interacting pieces. So no. Not just your mother. Not just the X chromosome. Not even just genes.

After its simplistic presentation of chromosomal genetics, this hot mess of an article then digresses into post-birth interactions of mother and child, before wheeling back again to the X chromosome. The jumbled word salad begins with:

In this way, researchers discovered that there are conditioned genes which only activate when inherited from the mother and that are crucial to the proper development of the embryo.

While “conditioned” genes sounds like they should have shiny hair or toned bodies, I think what they really mean is gene sequences that are registered as being of maternal origin. Thing is, we also require genes complementarily tagged as being of paternal origin for this all to work out. The Editorial Staff continue:

Scientists hypothesized that genes essential to the development of the embryo would also have a significant impact brain function in the lives of animals and people.

You don’t have to be a developmental biologist or even a biologist or maybe even a person to figure out that anything critical to the progression of embryonic development might have some kind of effect on the brains of “animals and people.” But I guess that it sounds impressive.

I am a journalist who focuses on health and science. My book, The Informed Parent, with coauthor Tara Haelle, is available now. Read more about me here and find me (too often) on Twitter.