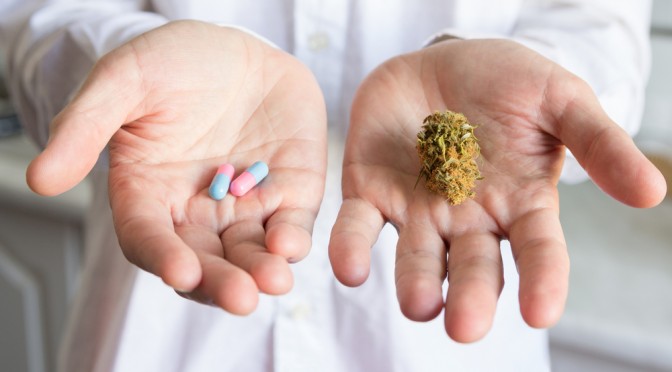 CANNABIS CURES CANCER AND THE GOVERNMENT HAS KNOWN SINCE 1974

Cannabis is labeled by the US Government as a Schedule 1 Narcotic, meaning little to no known medical value. (Even though the US Govt holds patents that state otherwise) Marinol, which is APPROVED BY THE FDA, is synthesized THC.

Millions of people are sitting in jail for using Cannabis raw, but it’s ‘perfectly fine’ to use the plant if the Government and their corporate owners take most of the medicine out of it, then get to charge you an arm and a leg for it. Why is that? I shall explain.

The US Government is well aware Cannabis has medicinal properties. How could they not? It’s been used as a medicine for at least the past 10,000 years. Even in America, Cannabis was used as a medicine for over 100 years. It was in over a hundred over the counter medicines for a wide range of reasons. Everything from pain and nausea medication to sleeping tonics. (Why did they make it illegal? It’s a long story so I won’t go into it today.. If you’d like to read about the greed and racism that caused the criminalization of the world’s most useful plant, check out this article)

Among the reasons you will learn about on the link I shared above, the US Government has even more reason to keep it illegal today. If Cannabis were to become legalized, it would eat away at TRILLIONS of pharmaceutical profits over the years. (Not including other profits like the billions they get for keeping our privately owned prisons full.)

What most people don’t realize is, the Government(s) have been helping the major pharmaceutical companies stonewall natural cures for decades. (Cannabis is merely one of many they have tried to bury and discredit) In fact, the US Government has known since 1974 that Cannabis cures Cancer. In 1972 Richard Nixon wanted a larger budget for his war on drugs.

He thought that if he proved Cannabis caused lung cancer like cigarettes do, he would get the support he needed. He gave the Medical College of Virginia 2 years to do a study on the effects of Cannabinoids (such as THC and CBD) on the body.

In ’74 the study was completed. It turns out, when ingested in highly concentrated forms (such as eating Cannabis oil) the Cannabinoids in the oil will attack any mutated cells in your body while strengthening and rejuvenating the healthy cells. They accidentally found the PERFECT cure for Cancer!

It worked fast, it worked well, it worked on many different forms of Cancer in ALL stages and it had ZERO harmful side effects. (Unlike Chemo which deteriorates your entire body and kills 1 in 5 patients. Not only that, but other research shows it dissolves ALL forms of tumors and can even combat super-bugs like MRSA.)

When Richard Nixon saw the results of the study he was FURIOUS. He threw the entire report in the trash and deemed the study classified. In 1976 President Gerald Ford put an end to all public cannabis research and granted exclusive research rights to major pharmaceutical companies, who set out — unsuccessfully — to develop synthetic forms of THC that would deliver all the medical benefits without the “high.”

We only found out about the study a few years ago thanks to dedicated medical and law professionals who filed Freedom of Information Requests. The Government lied for many reasons.. One of the main reasons is Pharmaceutical Companies. They spend billions every year lobbying to keep Cannabis illegal because they make TRILLIONS off Cancer drugs and research. They are already well aware that Cannabis cures Cancer. They have a well thought out con going at the moment.

Cancer patients and their loved ones will spend their entire life savings or even sell their houses and businesses in order to pay for Chemotherapy and other Cancer treatment drugs. A lot of the time they spend all that money and their loved one dies anyway. If the public found out that the Government has been lying for over 40 years, that MILLIONS of lives could have been saved and that the dying could grow the cure they so desperately need in their own backyard… We all know the American public would be going nuts over it.

Keep in mind.. The US Government also holds a Patent on Cannabis and it’s medicinal properties. US Patent 6630507 states unequivocally that cannabinoids are useful in the prevention and treatment of a wide variety of diseases including auto-immune disorders, stroke, trauma, Parkinson’s, Alzheimer’s and HIV dementia. The patent, awarded in 2003, is based on research done by the National Institute of Health, and is assigned to the US Dept. of Health and Human Services. In the age of information, they can no longer keep their lies about Cannabis afloat.

If you want more info about the patent, HERE is a link for you.

Here are 20 more studies proving Cannabis cures Cancer.
Please note that these are by no means the only studies that prove it.  There are in fact several dozens.

In case you are wondering the difference between a few things like Hemp oil and Cannabis oil, I figured I’d explain that too. THC, CBD and other Cannabinoids are soluble in alcohol and fats only. This is why people saute it in butter and use it in things like cakes and cookies. You can make Cannabis Ghee (which is essentially Canna-butter) and use it how you would normally use butter in a recipe.

Cannabis oil is made by crushing raw Cannabis in grain alcohol (as close to 100% as possible), straining it and cooking off the alcohol VERY carefully. All you will be left with is essentially ‘pure medicine’ in highly concentrated form.

Hemp oil is made by cold-pressing the seeds of the Hemp plant and extracting the healthy oil within. It is used for things like food and fuel, but it will not cure cancer because it lacks THC. (Hence the reason it’s legal to buy at places like Trader Joe’s)

Now, I realize how badly some people are going to want to get their hands on Cannabis oil for their suffering loved ones. I’m sorry to say, the only place you can get the oil is from Cannabis dispensaries in areas where it is sold legally. Otherwise you have to make it yourself which can be highly complicated and even dangerous since you have to worry about alcohol fumes and legal repercussions if you get caught. (Here’s a video that shows you how)

Still, in my opinion it is well worth the risks since it has already saved THOUSANDS of people (and pets) from horrible deaths due to diseases like Cancer. If you would like to hear many testimonies on the subject, type ‘Cannabis cured my cancer’ or ‘Cannabis cures Cancer’ into youtube search. When you do, you will see how many people are trying to get the word out about this AMAZING cure.

If you would like info on other ways to use Cannabis, here are a few examples.

Here is a video on how to make the oil yourself.  If you cannot make it yourself, I invite you to check out Elixinol. It is Cannabis oil but very low THC, very high CBD. Therefore, through this little loophole of not having much THC, it can be ordered online, LEGALLY.

Please help us spread the word! Share as far and wide as you can!