As research progresses, we are coming to realize the phenomenal power of the cannabis plant. In years past, the study of this hardy “weed” has been limited due to its legal status in North America and much of the world.

Now that restrictions are lifting, science is freer to explore medical cannabis’ chemistry and implications for human health.

Within cannabis phytochemistry is a group of over 85 compounds called cannabinoids. The human nervous and digestive systems contain endocannabinoid receptors and the body makes its own cannabinoids that are responsible for sleep, appetite, movement, and emotion. (1)

Terpenes form another family of compounds in cannabis that have also been indicated for the treatment of pain. Both cannabinoids and terpenes are anti-inflammatory and analgesic. Our bodies are made to metabolize these phytochemicals in cannabis.

The property of cannabis that became (an absurd) stigma is its psychoactivity and is what prompted all varieties of the plant to be made illegal—even hemp, which is devoid of this characteristic. THC (tetrahydrocannabinol) is responsible for the “high” feeling but it’s just one cannabinoid. Most cannabinoids aren’t psychoactive and all have healing effects. Cannabidiol (CBD) is the second-most prevalent cannabinoid in cannabis. For therapeutic use, it can be derived from strains of cannabis with low THC content, such as Charlotte’s Web.

An area of human health for which cannabis has been particularly effective is in the treatment of chronic pain. The mechanism by which CBD works to relieve pain is complex.

Peripheral nerves contain cannabinoid receptors. Once CBD enters the bloodstream, it attaches to receptors and blocks pain signals from reaching the brain.

Beta-caryophyllene is another non-psychoactive cannabinoid involved in the process. This substance has a different molecular structure than most other cannabinoids to provide a dual approach to inflammation and neural pain reception. Beta-caryophyllene can be found in other plants, such as oregano, basil, black pepper, and cinnamon. (2)

Cannabinoids not only block pain but also reduce inflammation that leads to pain. Plus, they regulate the immune system to support the body’s efforts to heal itself. (3)

A University of Michigan study found that using medical cannabis to manage chronic pain decreased the need for opioid painkillers:

“Patients using medical marijuana to control chronic pain reported a 64 percent reduction in their use of more traditional prescription pain medications…[patients] also reported fewer side effects from their medications and a 45-percent improvement in quality of life since using cannabis to manage pain…We are learning that the higher the dose of opioids people are taking, the higher the risk of death from overdose… patients in this study rated cannabis to be equally effective [as opioids] for those with different pain severity.” (4)

This finding is in line with research on the impact of cannabis use to replace opioids in the management of pain: in the states that have legalized medical marijuana use, there has been a 25% reduction in the number of overdose deaths. In contrast, no one has ever died from an overdose of medical marijuana.

This is significant in the context of pain management, as 30% of Americans suffer from chronic pain. 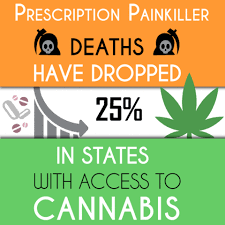 testimonies, prompting institutions like Oregon Health and Science University School of Medicine to devise treatment methods using non-addictive alternatives to opioids. In addition to the danger of overdosing, opioids are highly addictive.

“Opioid use and addiction has become an epidemic in the United States due to doctors over-prescribing opioid medications to treat chronic pain…’emerging data indicate that drugs that target the endocannabinoid system might produce analgesia with fewer side effects compared to opioids,’” writes United Press International (5)

When it comes to the safety of medical marijuana, the consensus is clear: it’s safer to use than ibuprofen. In fact, Université de Montreal conducted a study into the safety of using medical cannabis to treat chronic pain. With one exception of adverse reaction in the group of 215 study participants: “Medical cannabis use over one year was associated with improvements in pain, function, quality of life and cognitive function.” (6)

Fibromyalgia is a disorder characterized by widespread musculoskeletal pain. It also causes fatigue, sleep, memory and mood issues. It’s a serious neurological issue that can come about without any specific trigger (7).

Fibromyalgia is typically treated with acetaminophen, prescription pain relievers, antidepressants, and antiseizure medication. However, many patients self-medicate using medical marijuana (8). In fact, a 2014 survey from the National Pain Foundations found that 62% of fibromyalgia patients find that marijuana was very effective at treating pain and other symptoms. 33% found that it helped a little. In contrast, traditional drugs were rated as very effective for 8-10% of patients and a little effective for 22-32% (9).

Other studies found that medical cannabis is also a healing option for people with diabetic neuropathy or multiple sclerosis (10,11). 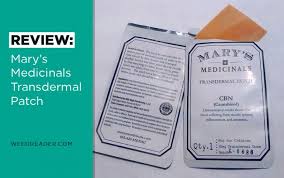 absorb cannabinoids. The herb can be applied topically, injected, or ingested as well; how it’s best delivered depends on the nature and location of the pain.

In November of 2016, Cannabis Science in California announced its release of a “pain patch” for transdermal delivery of medical cannabis; it’s being marketed for the treatment of fibromyalgia and neuropathy pain but its application can readily be expanded to other diagnoses. Similar to a nicotine patch used to aid in smoking cessation, an adhesive patch is applied to the afflicted area where the cannabis is absorbed by the skin and enters the bloodstream.

The news release wrote: “…the patch provides a controlled release of the medication into the patient, usually through either a porous membrane covering a reservoir of medication or through body heat melting thin layers of medication embedded in the adhesive which will be containing high potency cannabinoid (CBD) extract that slowly enters into the bloodstream and then penetrates the central nervous system.” (12)

The publicly-traded biotech company sees the development of their pain patches as “the tip of the iceberg”. They are currently continuing research into other cannabis applications and delivery methods.

Pain is a symptom, not a cause. While alleviating pain, do what you can to get to the root of the problem. Start by changing your diet, lifestyle, and stress levels. To support you during these changes, look no further than medical cannabis!

Support SB269 to Expand Medical Cannabis Use in Texas!